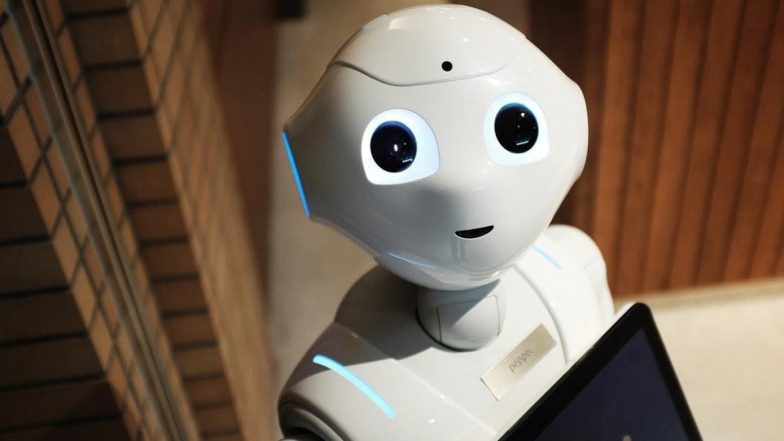 Central Processing Algorithm Service is a service based on a series of algorithms including analytical algorithms, recommendation algorithms and acceleration algorithms, which can allow downstream industries to have higher demand for data analysis and computing power optimization, and apply to internet advertising, internet gaming applications, finance, retail, logistics and other industries. Considering the huge downstream demands, the overall market for central processing algorithm services is huge. The major players in the central processing algorithm services industry include digital marketing service providers, online gaming service providers, and algorithmic solution service providers.

The Internet industry is the largest application industry for central processing algorithm services, and the demand for computing power from Internet applications is increasing.

NEW YORK, June 10, 2021 Venus Acquisition Corporation (Nasdaq: VENA) (“Venus”), a publicly traded special purpose acquisition company, and VIYI Algorithm Inc. (“VIYI Algo”), a Cayman Islands exempt company controlled by WiMi Hologram Cloud, Inc. (NASDAQ: WIMI), today announced that it has entered into a definitive merger agreement. A newly created merger subsidiary of Venus will be merged with and into VIYI Algo, with VIYI Algo being the surviving entity and becoming a wholly owned subsidiary of Venus. Upon closing of the transaction, Venus will change its name to MicroAlgo Inc.

VIYI’s main customers in Internet advertising, games and smart chips represent sectors that have experienced significant growth in recent years and are expected to continue to grow. VIYI will continue to strengthen and market its central processing algorithm solutions applicable to its major industry customers to deliver measurable results and ensure a steady stream of revenue.

The digital marketing industry grew from RMB 218.5 billion in 2015 to RMB 665.8 billion in 2019 in terms of internet ad spending, representing a CAGR of 27.5%, and is expected to continue to grow at a CAGR of 8.4%, reaching RMB 1,545.5 billion. by 2024, according to the CIC report. Additionally, VIYI understands that its customers are increasingly focusing on measurable advertising results, with performance-based advertising solutions growing rapidly. VIYI’s scalable central processing algorithm solutions are well suited to meet this growing demand and customer need for measurable results, i.e. a measurable conversion rate. For details on VIYI’s range of services for Internet advertising clients, please see “Company – VIYI Business Model – Application of VIYI Central Processing Algorithm Service in Internet Advertising”.

When it comes to the gaming industry, the CIC report states that the overall gaming market has grown steadily over the past five years. The market size in terms of consumer spending was RMB 275.5 billion in 2019, an annual growth rate of 6.3% since 2018. Mobile games have notably become a leading position in consumer spending and the market share relative to the overall games industry. In 2019, the mobile gaming market was ranked number 1 by 73.9% and overtook traditional PC and web games to become the dominant choice of gamers in the market. The number of mobile gamers also increased from 455 million in 2015 to 620 million in 2019, a CAGR of 8.0%. In addition, the average daily time spent by mobile gamers is expected to increase at a CAGR of 7.0%, reaching 30 minutes per day by 2024, according to the CIC report. VIYI’s game distribution platform, coupled with the ability to deliver central processing algorithm solutions to upstream developers and gamers, is uniquely positioned to seize this growing market opportunity. For more details on VIYI’s range of services for game industry customers, please see “Company – VIYI Business Model – Application of VIYI’s Central Processing Algorithm Service in Game Entertainment Industry on the Internet “.

When it comes to the smart chip industry, according to the CIC report, technologies essential to the smart chip industry have become increasingly mature since the start of the 21st century. Smart chips are also increasingly entering the daily lives of consumers as components of mobile phones, personal computers and smart TVs. Since 2017, driven by demand from emerging industries such as AI, smartphones, IoT, 5G, cloud computing, smart healthcare and security, the global chip industry has grown from 274, US $ 5 billion in 2015 to US $ 333.4 billion in 2019. Growth is expected to maintain a CAGR of 7.5% per year, reaching US $ 515.7 billion by 2025 due to increasing downstream demand. Notably, the AI ​​market has benefited significantly from the development of IoT, cloud computing technology, and increased government investment. From a quantitative point of view, the basic industry scale is expected to reach 400 billion RMB by 2025, which represents an increase of 350 billion RMB from 2020 to 2025. The development of AI will be a major driver of the central processing monetization market. algorithmic solutions designed to optimize the performance of smart chips.

From the perspective of applications of VIYI’s central processing algorithms versus smart chips, VIYI understands that AI – from the cloud to the edge or to the endpoint – is inseparable from the ability of smart chips to perform tasks efficiently. computer “training” and “inference”. , which can only happen if the basic software and hardware are properly optimized. In addition, the industrial applications of smart chips are very diverse and include information infrastructure services, electronics manufacturing, image recognition, speech recognition, machine translation, intelligent IoT and other smart apps. These demands create a distinct market for VIYI’s central processing algorithm solutions, while yielding better energy efficiency ratios during such data processing exercises.

Tailor Insight (www.TailorInsight.com) provides quick and easy solutions that enable clients to capture, monitor and audit market data from a holistic view down to an individual task on market research and business trends. ‘industry.

Ready to return to Canada? Border to reopen next month, but U.S. travelers could face hurdles

Less than 50% of Latin America has fixed broadband. Here are 3 ways to boost digital access in the region

Nvidia DLSS Now Has One Of The Best Super Resolution Features