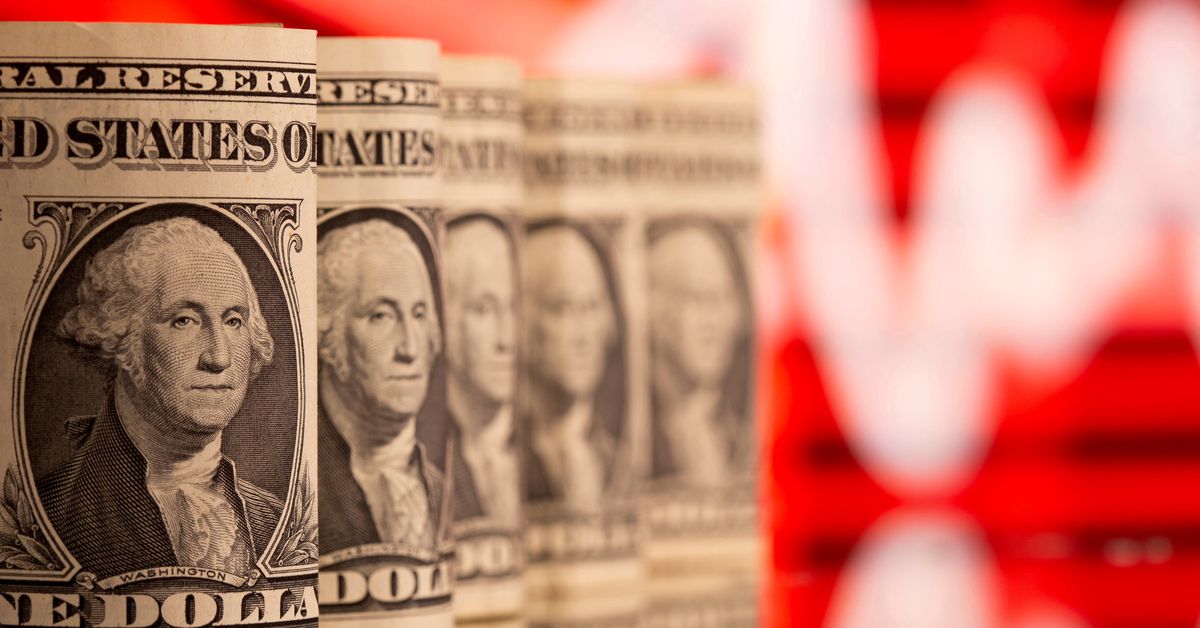 NEW YORK, Sept 2 (Reuters) – The accelerating decline in bond markets is bringing further difficulties for bond investors in a year when global bonds have already lost a fifth of their value.

Yields on US government bonds have jumped since Fed Chairman Jerome Powell sent an unambiguous hawkish message to markets at the Jackson Hole symposium in August, the ICE BoFA US Treasury Index (.MERG0Q0 ) being on track for its worst annual performance on record. Read more

Bonds from many European countries, meanwhile, posted their worst monthly performance in decades in August, helping to send the closely watched Bloomberg Global Aggregate Bond Index (.BCGA) plummeting for the first time ever. about 20% from its peak. Read more

“This is by far the worst year ever for fixed income,” said Lawrence Gillum, fixed income strategist for LPL Financial. “If that’s not a bond bear market, I don’t know what is.”

The devastating bond sell-off had seen benchmark 10-year Treasury yields, which move inversely to prices, hit an 11-year high in June, rally with equities over the summer to sell at again, sparking fears that new lows may be coming.

While declines of more than 20% are generally called bear markets when they hit equities, they are virtually unheard of in bonds, an asset class that emphasizes stability and reliable returns. From 1990 to its peak in January 2021 – a period spanning much of a generational bond bull market – the global index has generated an overall total return of almost 470%.

Many investors are betting that bond weakness will continue as central banks tighten monetary policy to bring down inflation in the United States and around the world.

Investors generally expect the Fed to hike rates by 75 basis points later this month, and some believe an equally large hike could be expected by the European Central Bank next week. A US jobs report released on Friday is also being watched closely by investors. Read more

Net bearish positioning among hedge funds and other speculative investors has increased 30% since late July, according to data from the Commodity Futures Trading Commission.

Gregory Whiteley, portfolio manager at DoubleLine, believes that US inflation, which showed signs of easing in the latest consumer price report, is likely to persist, pushing two-year yields to 4%. Longer-dated Treasuries, however, could bottom out, he said. Read more

The Bloomberg US Aggregate Bond Index (.BCUSA) is down 12.5% ​​from its highs, more than double any previous peak-to-trough decline dating back to the 1970s.

Simeon Hyman, head of investment strategy at ProShares, has focused on higher quality corporate credit and is underweight longer-dated Treasuries.

Hyman thinks further pressure on bonds could come as the Fed shrinks its balance sheet, a process known as quantitative tightening that hits full steam in September as the central bank removes $95 billion a month from its holdings. .

“When you take the slightly more hawkish tone of the chair and pair that with the doubling in size of quantitative tightening, you have to say to yourself ‘there’s more room for interest rates to rise,'” he said. he declared.

Some investors believe the recent selloff is a time to buy bonds on the cheap, a bet that depends in part on whether Fed policy slows once it sees the U.S. economy begin to weaken.

Gene Tannuzzo, global head of fixed income at Columbia Threadneedle Investments, is betting that the slump in the housing market and falling car sales are the first signs that the Fed’s rate hikes are trickling down to the economy. He favors investment grade corporate bonds and mortgage-backed securities.

“Treasury markets have done a pretty good job of pricing in that we won’t see a Fed pivot any time soon.”