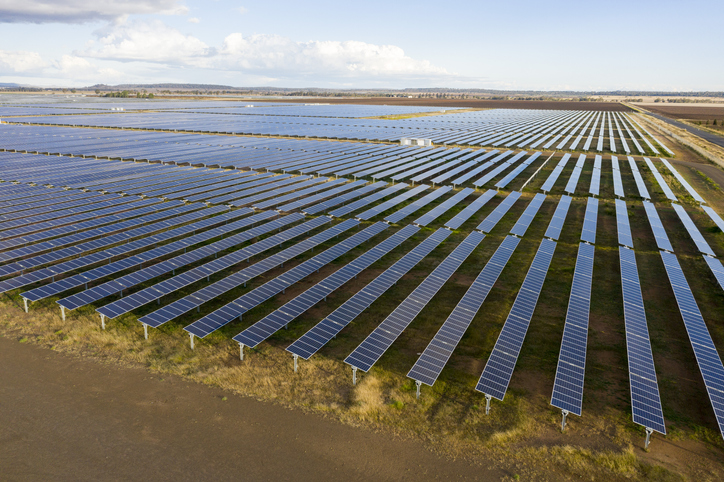 Facebook’s decision to announce its rebranding to Meta last month was undoubtedly accelerated by its latest controversies. But, lures and hijackings aside, it also provided a glimpse into Mark Zuckerberg’s vision for the future – a vision apparently shared by much of Silicon Valley – in which we will be working, studying, and socializing in. a fully digital environment.

Creating an online community is already a big deal. Over 250 million people work together on Microsoft Teams, 500 million language students on Duolingo and 140 million gamers are building the Minecraft metaverse.

As more and more emerging technologies, such as artificial intelligence and virtual and augmented reality, become part of our daily lives, and with COP26 underway, now is a good time to think about how we are really going to feed this new digital landscape.

Australia has a unique opportunity to use its abundant sustainable energy. During the Covid-19 pandemic, many Australian businesses have turned to online operations as remote working has become a necessity.

Covid-19 has dramatically accelerated the digitization of businesses and revealed the many benefits of the digital workplace, such as no commuting, no business travel, more time spent with family, and schedules and flexible workplaces.

However, it also made collaboration and interpersonal engagement with colleagues and clients more difficult. Virtual reality and other collaborative technologies have the potential to make remote working a more seamless and immersive experience for a true online workplace, but it could also come at a cost to users, hosting services, and more. , ultimately, the environment.

Australian energy consumption has increased dramatically over the past decade. Many Australians felt the sting when their electricity and utility bills rose dramatically while they were working and studying from home during shutdowns.

Google estimates that a single search costs it around 0.0003 kilowatt or 1 kilojoule of energy, which is roughly equivalent to the amount of energy the human body burns in 10 seconds. The true energy cost of some online services, such as Microsoft’s and Amazon’s cloud platforms, as well as open source software and cryptocurrency, can be difficult to quantify. Even small increases in power per machine add up to a huge energy load when used on a large scale across the population.

Energy consumption will continue to increase as emerging and critical technologies come online, such as 5G and 6G mobile networks and autonomous vehicles. The increased load on the high performance computing, data analytics and data storage backend architectures that underpin research and development (including computer modeling for medicine and new vaccine development) will also be energy intensive. .

However, current investment in non-renewable energy sources will not increase. Small initiatives such as discounts for household rooftop solar panels can offset household usage, but not energy-hungry cities or entire industries.

The technological revolution will add to the already high cost of living in cities and further encourage the exodus from major metropolitan centers which was spurred during the pandemic by fears for the safety and availability of remote working arrangements, a trend that is expected continue.

While it may revitalize regional areas, it will also require changes in regional planning and basic ICT infrastructure. It will also impact the travel, transportation and petroleum industries as cities empty and telecommuting flourishes.

Australia has a long history of economic prosperity based on the exploitation of natural resources. Now she has an opportunity that requires above all what we have in abundance, and what our neighbors lack: space.

As sea levels rise and neighboring islands lose valuable land, the Indo-Pacific region will increasingly depend on land-rich countries to power the digital world. Australia has all the natural advantages it could ask for: empty spaces, sunny skies and a huge ocean coastline for hydro and wind power.

We also have the opportunity to stimulate the technology industry. Data centers, the cloud, and other ICT infrastructure all require stable and reliable power and cooling. Regional Australia is an ideal location to host a large solar-powered technology hub for the region.

Industry interest is already there, with companies such as NextDC planning to build a data center in Darwin and Sun Cable planning to power Singapore from a solar farm in the Northern Territory.

Reallocation of arid agricultural lands, deserts and fire-prone regions for wind and solar power, development of robotic and drone-based maintenance systems and investment in improving telecommunications infrastructure for sites business would encourage all technology investors to seriously consider Australia as their long-term base of operations.

Additionally, as a free and democratic society with strong privacy and security protections, Australia could provide a vital link in a trusted technology supply chain through its geopolitical partnerships, such as AUKUS and the Quad.

Through these two partnerships, Australia is committed to collaborating on the development of cutting-edge technologies, including AI, quantum computing and cybersecurity, and engaging partners to operate in Australia would strengthen our existing industries and would help develop and retain national talent.

Renewable energy to ensure the security of emerging technologies must be part of Australia’s energy planning. Net Zero is an unambitious and short-sighted view of what could be a game-changer for Australia’s tech industry, economy and our role in the Indo-Pacific.

If Australia does, and does well, it has a lot to gain. If he does not act, he is entering a very uncertain future.