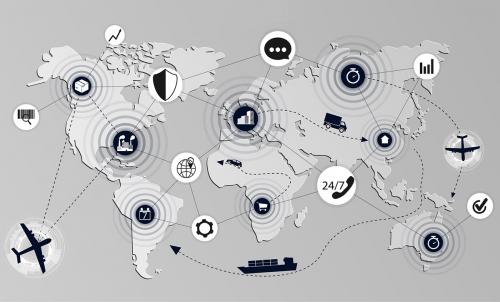 On Tuesday, July 13, the Biden administration released a supply chain advisory on the Xinjiang Uyghur Autonomous Region (XUAR). The advisory renews and updates warnings first issued in July 2020 that US companies operating in the XUAR “may be at high risk of violating US law” due to allegations of human rights violations. man in the area. This 36-page “Xinjiang Supply Chain Notice” report warned state companies that the Chinese government was carrying out “imprisonment, torture, rape, forced sterilization and persecution” against Uyghur Muslims in the XUAR. We have followed the government’s continued efforts to eliminate forced labor from global supply chains year round, from multilateral sanctions imposed in March to the recent non-release order on Hoshine Silicon.

The updated advisory identified four areas where US companies were at risk of working with entities committing human rights abuses and thus breaking US law: in Chinese state-led construction projects . The advisory does not have the force of law, but it continues the trend of the US government to use all available tools to keep products of forced labor out of global supply chains. The warning follows the July 9 addition by the US Commerce Department of 23 Chinese companies to the entity list, which prevents US companies from exporting goods and equipment to those companies. Of the 23 companies added to the list, 14 were named for their role in alleged human rights violations in Xinjiang province. Congress is also continuing work on the â€œUyghur Forced Labor Prevention Act,â€ which not only places restrictions on the importation of goods produced by forced labor into China, but imposes on US companies the responsibility to ensure that their supply chains are free from forced labor.

Also on July 13, the European Commission and the European External Action Service (EEAS) published a due diligence guide to help European Union companies deal with potential exposure to forced labor in their operations and supply chains. The Guide is notable for its timeline, reinforcing the U.S. government’s commitment to a multilateral approach to eradicate forced labor from global supply chains. US companies – especially those with operations in Europe – can benefit from reviewing the Guide and comparing the concrete actions it describes with their own supply chain auditing practices.

On July 14, the US Senate passed a law banning the importation of all XUAR products. The bipartisan Uyghur law on the prevention of forced labor was passed unanimously, and the bill’s authors urged the United States House of Representatives to act quickly so that it can be enacted. The House passed a similar bill almost unanimously last year. The legislation creates a “rebuttable presumption” that products made in the XUAR are made with forced labor and therefore prohibited under the Tariff Act of 1930. The burden of proving that the imported goods were not made with carbon. forced labor will be the responsibility of the importer. The current rule prohibits goods if there is reasonable evidence of forced labor. Businesses should be prepared to thoroughly audit their supply chains to ensure compliance with this law should it become law.

Nadella’s warning to Microsoft Inspire 2021: Every business will have to be a tech company