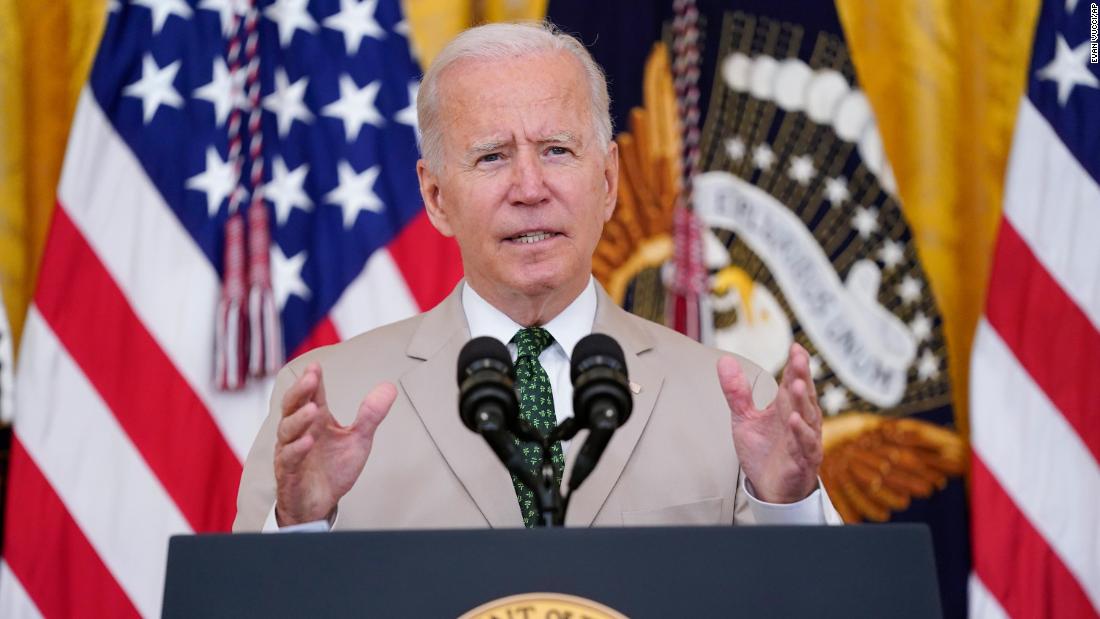 Biden touts economic recovery after US added 943,000 in July

â€œMy message today is not a celebratory message. It is a message to remind us that we still have a lot of hard work to do, both to beat the Delta variant and to continue our progress. towards economic recovery, â€Biden said, speaking from White. Housing.

But the president argued that good jobs numbers in July showed his administration’s policies were strengthening the economy amid a deadly pandemic that has lasted for about a year and a half.

â€œNow, as our economy is far from over and we will undoubtedly have ups and downs along the way as we continue to fight the Delta wave of Covid, which is indisputable now, it is is this: the Biden plan is working. The Biden plan is producing results, and the Biden plan is moving the country forward, â€Biden said.

The July jobs report released by the Bureau of Labor Statistics on Friday showed the biggest job increase since August of last year, when more than one million jobs were added. This was more than the 870,000 jobs predicted by economists.

Some 253,000 jobs were created in restaurants and bars just last month. The hospitality and leisure industries, which have been decimated by the Covid-19 lockdown measures, have again been the biggest contributors to job creation.

June’s job gains were also revised upwards to 938,000 jobs added, showing the sustained pace of the recovery over the summer.

Biden also touted the massive $ 1.2 trillion bipartisan infrastructure bill called the Infrastructure Investment and Jobs Act, which would enact key elements of Biden’s economic agenda. The president argued that the package, which is currently making its way through the Senate, would make key investments in communities across the country and further boost the U.S. economy and its competitiveness.

The president said the Delta variant “is wreaking unnecessary havoc in our country,” primarily among unvaccinated Americans, and urged Americans to get vaccinated.

“Today around 400 people will die from the Delta variant in this country. A tragedy because virtually all of these deaths were preventable if people had been vaccinated,” Biden said.

Many Americans have not been vaccinated and the White House has worked to raise awareness and fight misinformation about vaccines.

But the president said the nationwide vaccination effort had protected people from the worst of the spread of the Delta variant.

â€œBecause of our success with the vaccination effort, this new wave of the Delta variant of Covid-19 will be very different,â€ Biden said.

Still, the president warned: “Cases will increase before they go down. This is an unvaccinated pandemic.”

Half of the American population is fully vaccinated against Covid-19, according to White House data director Dr Cyrus Shahpar.

In a tweet on Friday, Shahpar said more than 821,000 doses had been given from the previous day’s total, including around 555,000 people who received their first injection.

The United States has recently seen an increase in cases, fueled by the Delta variant, but vaccinations against Covid-19 have also increased in recent days.

The bill provides $ 550 billion in new federal spending over five years and represents a major bipartisan achievement that will see both sides claim victory.

The plan invests $ 110 billion in financing roads, bridges and major projects, $ 66 billion in passenger and freight rail transport, $ 65 billion to rebuild the power grid, $ 65 billion to expand broadband Internet access, $ 39 billion to modernize and expand transit systems, and $ 7.5 billion to create the first federal network of electric vehicle charging stations. The bill also includes $ 55 billion for water infrastructure, of which $ 15 billion will be spent on replacing lead pipes.

This story has been updated with additional information.

Timely publication of reports on state properties, essential to the economy –…

Tech tip: Why a tough economy always seems to precede a tech boom