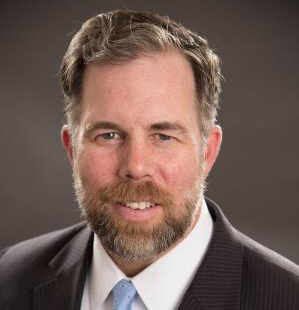 India is the largest film producer in the world and this industry is growing rapidly. However, piracy in the entertainment and music industry has been a problem for decades. Illegal downloads and releases of movies and TV shows are available with a click, days before release.

The India’s entertainment industry loses up to $2.8 billion in revenue annually due to digital piracy. As digital penetration increases, cases of piracy also increase disproportionately, hurting the economy and stifling innovation in the industry as the country is on the verge of transformation.

Piracy in the age of increasing digitization

In the 2000s, pirated movies were mainly consumed via CDs and DVDs. Later, widespread access to the web led to a surge in the consumption of pirated movies via the internet.

In 2021, India ranked third in the world based on the number of visits made to illegal video streaming websites. The demand and market share of pirated content has been amplified by Covid-19. Movie piracy has increased by 62% during the pandemic, with most people confined to their homes.

The reasons for the rise of digital piracy are manifold. First, access to cheap (or free) content can seem lucrative to many. The advent of new technologies has made pirated content easily accessible to those whose geographic location otherwise prevents them from accessing it. Piracy can impact the consumption of original content through sharing passwords and credentials, sending files over the Internet, and purchasing illegal devices and streaming services. These are available at only a fraction of the cost to the consumer, but impose increasing revenue losses and damage to the reputation of the original creators.

A ‘scourge’ for the creative industries

The impact of piracy on the creative industry is manifold, ranging from disruption of original creations to impact on livelihoods. For example, the television and film industries alone support millions of jobs, and rampant counterfeiting can lead to reduced income and employment.

In India, awareness of the illegalities of piracy is dismal and there is not enough legal infrastructure to verify compliance. Even as digital piracy on new technology platforms has become widespread, laws have not kept pace with enforcement needs. Existing laws, such as the Copyright Act of 1957, contain gaps and are not strict enough, which makes their application difficult. Adherence to the latest laws, including the National Intellectual Property Rights (IPR) Policy 2016, and the establishment of digital cybercrime units, are still in their infancy. In the absence of adequate laws, the courts could only pass the orders of John Doe and dynamic injunctions.

There is a substantial need to implement strong intellectual property and copyright laws to protect creators and their content. Intellectual property laws are crucial for legal experts and all stakeholders involved in content creation and facilitation. The formulation of an IPR framework is also necessary to increase the number of IPs in India, which is currently ranked 43rd out of 55 countries in the global IP index. In a competitive global market for investment in creativity, India, with its natural advantages, stands to gain from a strengthened intellectual property environment.

Piracy is a global problem that needs to be tackled tactfully. As content consumption and digital access continue to grow, stakeholders must collaborate to develop effective anti-piracy strategies. An effective IPR framework can stimulate creativity and minimize damage to the economy.

Strict enforcement of intellectual property law is essential. To combat digital piracy, the film and publishing industries must work in tandem to oversee distribution and prevent misuse of content. In addition, consumers must be made aware of the harmful effects of piracy. It is not just the duty of a single organization to fight piracy, but the responsibility of society as a whole to fight it.

The opinions expressed above are those of the author.