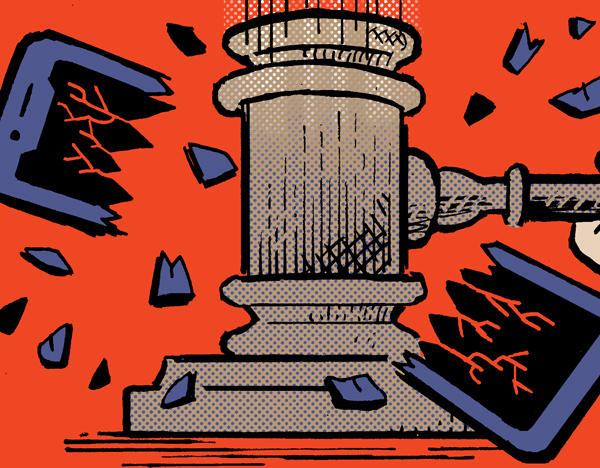 Assistant Attorney General Jonathan Kanter, who heads the Justice Department’s Antitrust Division, is pushing for a stricter interpretation of US antitrust law to meet the demands of a new digital economy.

Historically, the department has not exercised its full powers and interprets laws with caution. The tendency was to under-enforce the law. By the logic of the times, business monopolies correct themselves in time while miscarriages of justice cannot be undone, Kanter said last Friday at the Fordham Competition Law Institute’s annual conference in New York.

But this is no longer the case.

“We have all seen that in digital markets, monopolies are self-sufficient,” he said. “Platforms that are inherently collaborative become essential business partners for entire industries, and without competition have greater power to discourage rivalry.”

For one thing, he said the DOJ is rethinking its reliance on the app based on horizontal or vertical merger status. (Buying a business in a new category is a vertical deal, like AT&T’s one-time acquisition of WarnerMedia, whereas a horizontal merger, like the recently rejected merger of T-Mobile and Sprint, merges direct competitors. .)

For example, Susan Athey, chief economist for the DOJ’s antitrust division, recently co-authored an article on potential competition issues if a major platform were to acquire a multi-homing service, he said. People use multi-homing services to switch between multiple platforms from a centralized system or to manage accounts on multiple platforms simultaneously. If a monopolist acquired the technology, it could be a powerful tool to prevent competition, even if it were a vertical merger – which the DOJ historically interprets as kosher.

“We have been too limited by a self-imposed requirement to use our most powerful microscopes to examine an act of exclusion before intervening to stop it,” Kanter said. “We need a broader purpose and a greater will to pursue and remedy all harmful behavior that constitutes exclusionary behavior.”

Rather than simply cracking down on horizontal mergers and allowing vertical deals to pass, he said antitrust authorities should think more about how a deal or acquisition creates “a flywheel effect” that reinforces a monopoly.

Kanter also highlighted how digital platforms rely on collaboration and user engagement. They do not install physical networks of cables and telephone poles on a national scale, as in the case of the investigations of the old monopolies.

“Platforms that are fundamentally collaborative become essential business partners for entire industries, and without competition have greater power to discourage rivalry,” he said.

Apple and Amazon also have a complex web of partnerships. Amazon signed Apple as a first-party seller (essentially Amazon wholesales and then resells Apple products, which was unheard of for Apple). In return, Amazon cleaned up its platform of Apple resellers and also cracked down on competitors using Apple’s key search terms.

Digital platforms rely on collaboration in the sense that YouTube, Google, Amazon and others need users to make their platforms attractive and create network effects. But by collaborating exclusively with each other, they can establish strong monopoly positions.

“They can pick winners and losers in adjacent markets, discourage switching to competing services, and punish entrepreneurs who stray too far from competition,” Kanter said of new platform monopolies. “We have seen how exclusionary tactics harnessing this power can reinforce already dominant positions and drive the wedges around a digital castle.”