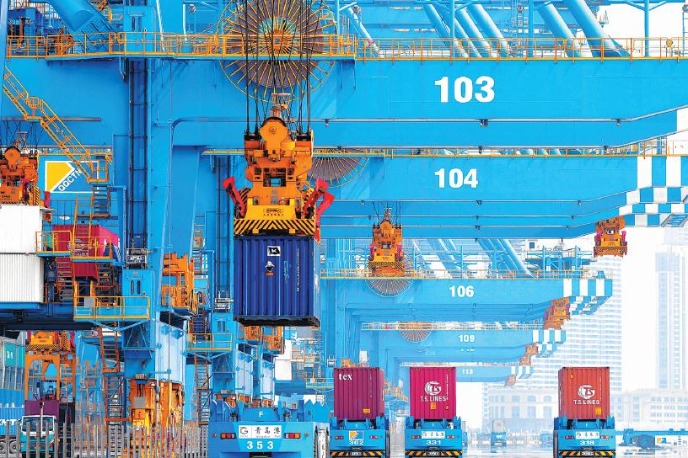 The “dual circulation” refers to China’s new development pattern in which the domestic market is the mainstay and the domestic and foreign markets are mutually reinforcing.

While actively adhering to bilateral and regional trade agreements in the area of ​​trade in services, China should present its needs as part of its economic transformation to further integrate into global trade and become an active participant in shaping rules, said Zhang Fei, vice president of the Hainan-based China Institute for Reform and Development.

“In such circumstances, it is vital to support the roles of the World Trade Organization, the G20 and other multilateral agreements. These measures will help promote the multilateral trading system and digital trade rules around the world,” did he declare.

As China is committed to advancing the optimization and upgrading of service trade, there is a need for innovation in service trade development mechanism and development of digital trade, said Wang Jiaqiang, senior researcher. at the Bank of China Research Institute.

Daniel Gros, board member of the Center for European Policy Studies and also an adviser to the European Parliament, said trade in services will be the future development trend of globalization, China’s opening up will continue to strengthen the country’s growth in this area and attract more foreign capital.

Foreign capital spent in China reached more than 1 trillion yuan between January and September 2022, up 15.6 percent year on year, the Ministry of Commerce said.

To remove global trade barriers, Masakazu Toyoda, chairman and CEO of the Japan Economic Foundation in Tokyo, said that China is an important contributor to the multilateral trading system with the WTO at its heart, and will make more open, inclusive and balanced economic globalization. and beneficial for all.

“As long as all WTO members show their determination to work together to overcome difficulties, the organization will play a greater role in improving global economic governance, promoting economic globalization as well as prosperity and global economic stability,” he said.