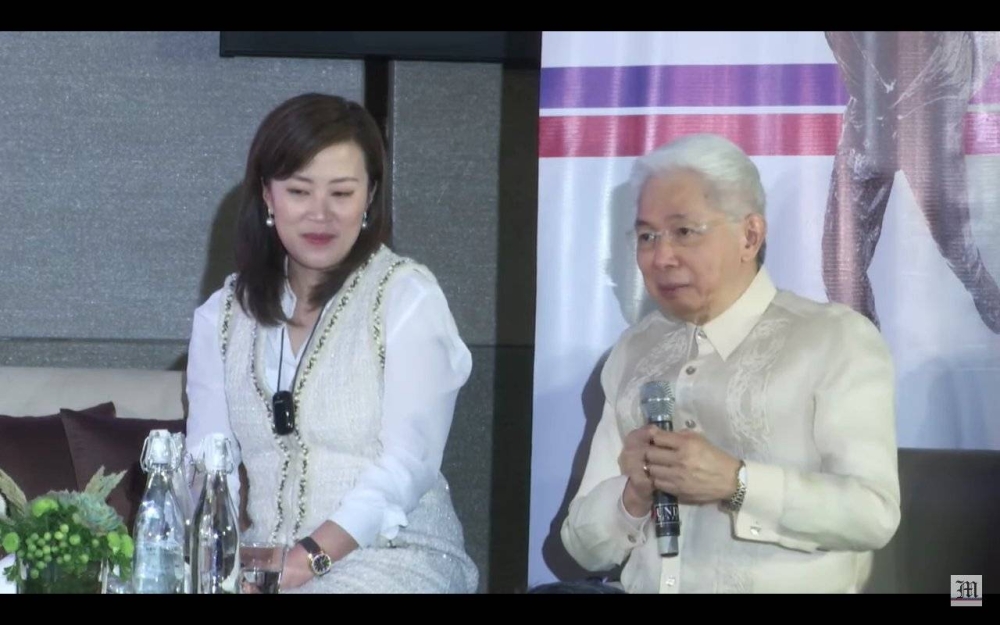 PH on the right track, but obstacles await us

THE Philippines appears to be on the road to economic recovery, based on plans recently presented at a forum organized by this newspaper. The event, which is part of the 124th anniversary of the founding of the Manila Times, brought together Secretary Alfredo Pascual of the Department of Trade and Industry (DTI) and Undersecretary Shereen Gail Yu-Pamintuan of the Department of Tourism ( Dowry).

Mr. Pascual presented a six-point action plan, which pays great attention to helping micro, small and medium-sized enterprises or MSMEs and creating an enabling business environment. He also identified the industries essential to the development of a digital economy.

“What we envision is a prosperous economy driven by competition and productivity,” he said. “We want to build vibrant industrial ecosystems as the basis for generating quality jobs, creating new products and services, improving environmental sustainability and ensuring shared prosperity for all. This is the direction in which all these efforts are headed. is what I hope will help define the next era of growth and development in the Philippines.”

His speech reinforces the message delivered by other Cabinet members and by President Ferdinand “Bongbong” Marcos Jr. himself. At another event hosted by the Philippine Chamber of Commerce and Industry, the president summed up his policy by saying the country is open for business.

Get the latest news

delivered to your inbox

One important sector that has reopened is tourism. Even during the campaign, he identified it as a priority because it can generate jobs faster than other sectors. Ms. Pamintuan’s presentation quoted the President’s State of the Nation address, in which Mr. Marcos said, “Tourism is not only an important economic development tool, but the abundance of opportunities that the sector creates in terms of regular jobs and even jobs the creation at the base is undeniable.”

Ms. Pamintuan went on to highlight the plans and programs of the DoT. They contribute, like the DTI plans presented by Mr. Pascual, to calming the anxieties caused by the persistence of the Covid-19 pandemic and the war between Ukraine and Russia.

Many, including government officials, have said “external headwinds” present the biggest obstacles to a robust economic recovery. Certainly, developments from abroad, particularly the unrest in Eastern Europe, can be traced to the most serious threats today, including inflation, exchange rate volatility and shortages of energy production. and agricultural.

Even so, the Philippines is not powerless to shape its future. For example, the programs presented by the DTI and the DoT require coordination with many other departments. But like some businesses, departments tend to operate like silos, at least in the past.

Mr. Pascual mentioned that in implementing key elements of the DTI plans, he contacted the Department of Information and Communication and Technology. In addition, he was in contact with people from the education sector, the Ministry of Science and Technology and others.

The DoT’s efforts to make the Philippines more tourist-friendly also require coordination with agencies responsible for visas, such as the Department of Foreign Affairs and the Bureau of Immigration. Of course, the infrastructure needed to support tourism is the responsibility of the Department of Transport, as well as the National Economic and Development Authority.

Apart from the teamwork initiated, the private sector must also participate by investing in various businesses that help not only trade and tourism, but also the economy in general. As Mr. Pascual said, the government will create the environment that businesses need to thrive. But the private sector remains the main engine of Philippine growth.

Unfortunately, the government has an uneven record when it comes to implementing plans, at least in the past. Additionally, the Philippines continues to be plagued by legacy issues such as corruption, bureaucracy and poverty. And despite calls for unity, Filipinos continue to struggle to put aside their political and petty differences. Many still lack the maturity to disagree with others without being disagreeable.

Again, the country has made progress despite its imperfections. And if Filipinos support the plans of the DTI, DoT and other members of the Marcos government, maybe the country can make a leap forward.

Malaysia must turn to quantum computing