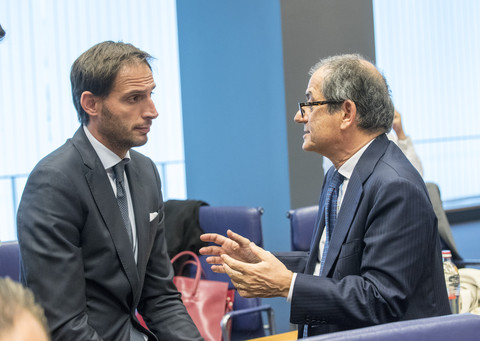 The “frugal” redouble their efforts to reduce excessive debt

This is the starting point for new debates on fiscal policy in Europe, in particular on the fate of the Stability and Growth Pact.

The Stability and Growth Pact is a disciplinary rule that limits the spending of member states. It entered into force in 1998, and it prohibits countries from posting a deficit greater than 3% and limits the debt-to-GDP ratio to 60%.

Although the rules were broken around 114 times between 1999 and 2016 without consequences, it has been an important tool for member states with a current account surplus to discipline countries with a deficit.

Following the 2008 financial crisis, and pressure from the German and Dutch governments, Greece, Italy, Spain and Portugal were among the countries that reduced public spending the most, leading to stagnation or even decline. persistent economic contraction.

Covid has changed the game

As a result, the European Commission suspended stability and growth rules last year to give countries the fiscal leeway needed to tackle the Covid-19 crisis and avoid an economic shutdown.

Now that the Covid-19 crisis is easing and the economic outlook has improved, debates over fiscal rules are expected to resume.

The committee said it wanted to keep the suspended fiscal rules until 2022, echoing calls by Italian Prime Minister Mario Draghi in June not to reintroduce the pact without reforms.

From now on, the so-called frugal “northern” countries are pleading for a rapid return to the pact. Economists were quick to react.

“They don’t see how destructive it would be economically,” tweeted Philipp Heimberger, an economist at the Vienna Institute for Economic Studies who has studied inflation.

“[ECB president] Christine Lagarde presented the best macroeconomic outlook in years, ”said Jacob Funk Kirkegaard, senior researcher at the Peterson Institute for International Economics, in a discussion attended by EUobserver on the future of the Stability and Growth Pact.

“Do they really want to break all of this by reintroducing dramatic fiscal austerity? Do they want the EU to become like Japan? Because it will happen with an unreformed pact.

Lucas Guttenberg, deputy director of the Jacques Delors center, replied that the letter was “intellectually dishonest”. “I don’t think The Hague [the government seat of the Netherlands, the biggest of the frugal states] really wants that. My reading is that they don’t want to put in the political capital to explain to the electorate why the rules no longer work, ”he said at the meeting.

Whatever the political reason for maintaining a hard line on the Stability and Growth Pact, a return to austerity poses another dilemma.

In what MEP Paul Tang called a “report that breaks taboos”, authors Zsolt Darvas and Guntram Wolff presented the tax debate in Europe in light of the climate crisis.

Their study A Green Fiscal Pact: Climate Investment in Times of Budget Consolidation argues that green investments should be excluded from tax restrictions.

If governments overstep agreed rules on deficits and debt-to-GDP ratios, this should not hamper much-needed investments in green technology and infrastructure.

“To reach the intermediate objective of a 55% reduction in emissions by 2030”, write the researchers, “the annual investment must increase to reach 1040 billion euros on average, against 683 billion euros per year. year invested over the past decade “.

Much of this money will be private investments from banks or other investors. But according to data compiled by the European Investment Bank, 28% must be financed by the governments themselves.

In real money terms, this means an additional annual public investment of EUR 100 billion, or 0.8% of the EU’s GDP.

Although the authors stress that climate change is inherently uncertain and that this number is an estimate based on incomplete data, they warn that a sudden return to strict fiscal rules can “trigger another recession.”

They conclude that green investments should be excluded from tax regulations and should even be increased in the years to come.

On Friday, the study was presented to Dutch Finance Minister Wopke Hoekstra. At the time of writing, there was no official response yet.

Gold, Stablecoins in the Age of Stagflation

The consumer and business debt consolidation market is booming