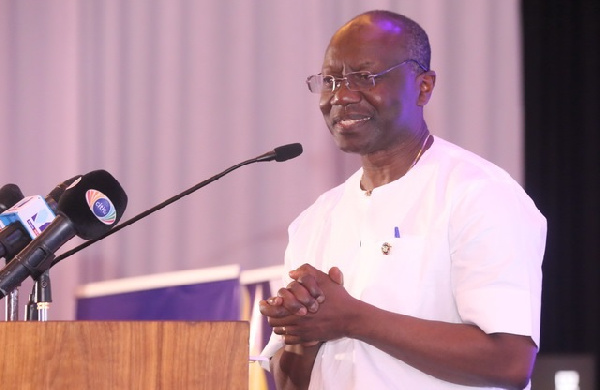 The government’s actions to build a solid economy are clear

Finance Minister Ken Ofori-Atta said the government’s strategies to build a strong, robust and entrepreneurial state have been clearly spelled out in the 2022 annual budget statement dubbed the “Adwenpa” budget.

The budget, he pointed out, was basically aimed at transforming Ghana into an entrepreneurial state where people would be provided with the necessary skills to be able to create their own jobs and grow the economy, as government alone could not provide opportunities. employment for young people in the country. He noted that the landmark GH¢10 billion YouStart initiative was one of many creative programs found in the budget to tackle unemployment and restore the economy as the government planned to give people, especially young people the confidence to pursue their ambitions.

The Minister made this known when he addressed a cross-section of Ghanaians from all political backgrounds at a series of public government meetings aimed at stimulating honest conversation about the economy.

The town halls were also primarily aimed at garnering support for the electronic transaction tax currently awaiting approval in parliament.

According to Ken Ofori-Atta, who called himself ‘Minister Ajorga’, which literally means Minister for Taxes in the Ewe language, a careful examination of statistics at all levels of the educational ladder has yielded a staggering revelation that deserves to be questioned.

He went on to say that about 2.6 million people out of 4.6 million people in primary school would go to JHS and the number would further reduce to 1.2 million in SHS and then to about 500,000 in higher education institutions, of which maybe 10% or less could get jobs. in the formal sector.

Mr. Ofori-Atta wondered why a number of Ghanaians are getting into theories and other conversations when we have a large number of people, especially young people, to employ.

The Minister, after congratulating Parliament on passing the Appropriation Bill, called on them to out of necessity support the adoption of e-tax as a means of securing funds to support youth employment and other bold economic interventions clearly spelled out in the national budget.

He revealed the results of an analysis which showed that 60,000 professionals, including doctors, lawyers, architects and others, did not pay direct taxes to the government and wondered what kind of society we wanted for ourselves if we could not honor our obligations as citizens.

He therefore said that the government must find a system that would guarantee the all-inclusive payment of taxes to increase government revenue, hence the introduction of electronic direct debit.

According to the minister, Greater Accra alone provided about 88% of all tax generated in the country, while Ashanti, Western and Eastern regions contributed 3% of income generation, which showed the inequalities of the system, even if the call for development was everyone’s. law.

Other speakers included Volta Regional Minister, Hon. Dr Archibald Yao Letsa, Hon. Peter John Amewu, Minister of Railway Development and Member of Parliament for Hohoe Constituency and Mr. Pius Enam Hadzide, Chief Executive of the National Youth Authority, all spoke in the Ewe language and called on the natives of the area to help the government to continue to bring more development projects to the region through the electronic tax.

Watch the latest edition of BizTech below: