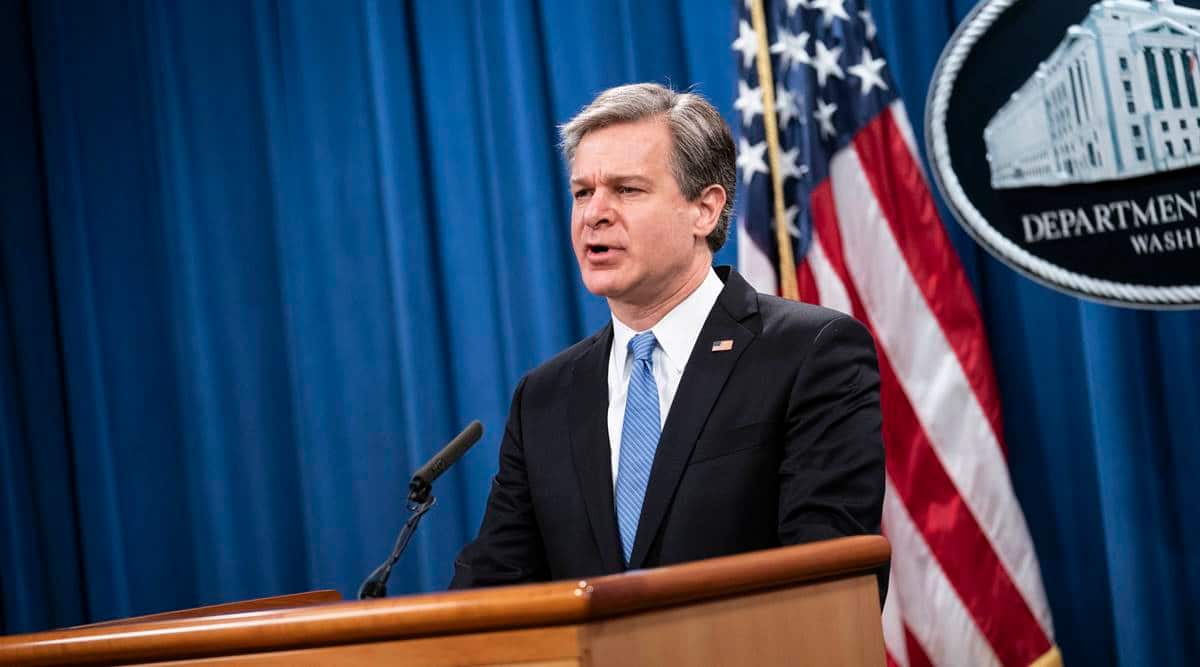 US and UK leaders sound new alarms over Chinese espionage

The head of the FBI and the head of Britain’s domestic intelligence agency sounded fresh alarm bells on Wednesday about the Chinese government, warning business leaders that Beijing is determined to steal their technology for competitive gain.

FBI Director Christopher Wray reaffirmed his long-standing concerns by denouncing economic espionage and hacking operations by China as well as efforts by the Chinese government to stifle dissent abroad. But his speech was notable as it took place at MI5 headquarters in London and alongside the agency’s chief executive, Ken McCallum, in a show of Western solidarity.

The remarks also showed how Wray and the FBI view the Chinese government not only as a law enforcement and intelligence challenge, but are also sensitive to the implications of Beijing’s foreign policy actions.

“We consistently find that it is the Chinese government that poses the greatest long-term threat to our economic and national security, and by our, I mean our two nations, as well as our allies in Europe and elsewhere,” he said. Wray.

McCallum said the Chinese government and its “covert pressure around the world” was “the most decisive challenge we face.”

“It may seem abstract. But it’s real and it’s pressing,” he said. “We have to talk about it. We need to act. A spokesman for the Chinese Embassy in Washington, Liu Pengyu, dismissed the claims by Western leaders, saying in a statement emailed to The Associated Press that China “firmly opposes all forms of cyberattacks and fighting them” and calling the accusations unsubstantiated.

“We will never encourage, support or condone cyberattacks,” the statement said.

In a nod to the current tensions between China and Taiwan, Wray also said during his speech that any forced takeover of Taipei by Beijing “would represent one of the most horrific trade disruptions the world has ever seen.” . Last week, the US government’s director of national intelligence, Avril Haines, told an event in Washington that there was no indication that Chinese President Xi Jinping was about to take Taiwan by military force. But she said Xi appeared to be “pursuing the potential” for such action as part of the Chinese government’s broader goal of Taiwan reunification.

After the appearance with his British counterpart, Wray said he would leave it to others whether an invasion of Taiwan was more or less likely after Russia invaded neighboring Ukraine. But, he said, “I have no reason to think their interest in Taiwan has waned in any way” and added that he hoped China had learned what was going on. “when you overplay your hand”, as he said the Russians did. in Ukraine.

FBI director says there are signs the Chinese, perhaps learning lessons from Russia’s experience since the war, have been looking for ways to ‘protect their economy’ from possible sanctions .

“In our world, we call this behavior a clue,” said Wray, who throughout his speech urged caution for Western companies seeking to do business in or with China. He said Western investment in China could collapse in the event of an invasion of Taiwan.

“Just like in Russia, Western investments built over years could become hostages, stranded capital (and) disrupted supply chains and relationships,” he said.

President Joe Biden said in May that the United States would respond militarily if China invaded Taiwan, delivering one of the most forceful statements from the White House in support of Taiwan autonomy in decades. The White House then tried to tone down the impact of the statement, saying Biden was not describing a change in US policy toward Taiwan, a self-governing island that China considers a breakaway province that should be reunited. with the mainland.

The embassy spokesman said the Taiwan issue was “purely China’s internal affair” and said that when it comes to China’s territory and sovereignty issues, the country does not had “no room for compromise or concession”. “We will strive to achieve the prospect of peaceful reunification with the utmost sincerity and with all possible efforts,” the statement said, while noting that China “will reserve the possibility of taking all necessary measures in response to interference by foreign forces”.