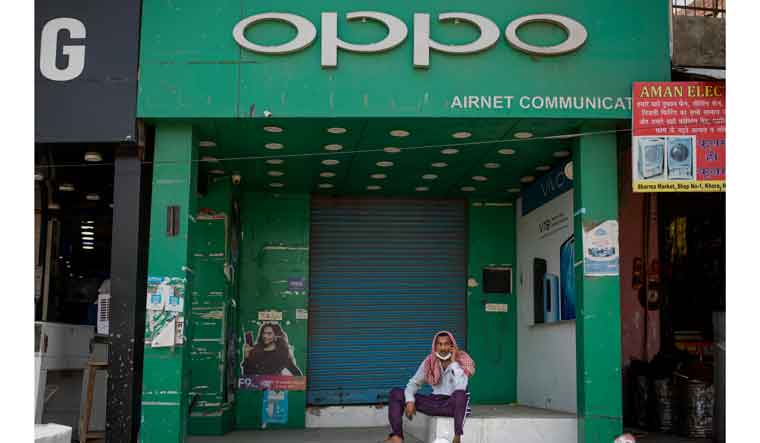 Will the authorities’ scrutiny affect the credibility of Chinese brands in India?

The last decade has seen a sudden boom of Chinese gadgets in the Indian market. They have become almost a household name in the country for their affordability. Economic ties between India and China were affected after the clashes in Galwan, which also led to the crackdown on Chinese companies that had monopolized the Indian market.

The crackdown has been most visible against Chinese mobile phone companies which have grown by leaps and bounds, nearly eclipsing Indian companies. Many of these companies were found to be in violation of Indian standards. THE WEEK spoke to a range of experts about the possible impact this could have on the market share and credibility of Chinese brands in India. The majority of experts are of the opinion that although there is no immediate effect, a thorough examination can have negative repercussions.

“The negative focus on Chinese brands and their business in India puts them in a negative image. This does not affect immediate sales, but has the potential to turn into a negative sentiment among a portion of their customers,” said said brand expert Harish Bijoor.

Experts say the constant scrutiny and frequent news of irregularities among companies headquartered in China don’t line up for brands there. Since their sales and distribution systems in India have expanded widely, product availability, visibility and pricing may not be an immediate concern.

“In the short term as well as in the medium term, there will be an impact on their sales in the country. At the same time, there seems to be a steady growth in negative sentiments towards Chinese brands, even in India’s non-metro markets. I also don’t see any significant PR action from these brands to reaffirm their brand promise and try to neutralize the negatives. They may be too optimistic about the impact of their global exposure and the passage of time to bury the bad memories. Moreover, they may be a little indifferent due to the lack of competitive choices in the market for consumers,” emphasized Aditya Narayan Mishra, Director and CEO of CIEL HR Services.

According to market reports, Vivo, Oppo and Realme owned by BBK Electronics, a Chinese multinational conglomerate, are becoming a craze in India. Smartphone market data in India indicates that together the share of these three smartphone makers has almost doubled over this period (2017-2021). And in the first quarter of 2022, they held the largest share of the Indian market (about 40%). To check their legality and their way of doing business, the authorities served notices on them to share details about the components used in the smart phones they were manufacturing. The purpose of this investigation is to verify that the products used in the handsets are safe to use in India and the decision is in the interest of national security amid ongoing tensions between the two countries.

“The companies in question are Vivo, Oppo, Xiaomi and OnePlus which together account for more than 50% of the Indian smartphone market, according to data from Counterpoint Research.

Since the Indian government’s retaliation against Chinese apps last year, Chinese smartphone brands have promoted their “Indianness” quite aggressively. They claim to have increased local production and investment in the country as well. But according to the report, some of these investments promised to the government by the four Chinese companies have not been made,” said Girish Linganna, Director of ADD Engineering Components India Limited,

Market analysts point out that India is going to be the most populous country in the world and it is a simple equation now that no one can ignore India if they seek to grow. From a seller’s market, India will strongly transform into a buyer’s market. “Brands can’t behave like they run the world, but they will have to work with the authorities to make sure they have a long life. Cutting corners won’t help if a brand wants to be a long-term player. These Chinese companies entered India with huge budgets but did not work on their long-term strategy, so unless you do not comply with the laws of the country, one cannot set up big companies in India The geopolitical tussle isn’t helping these Chinese brands either. The scrutiny will only get tougher and companies will have to abide by local laws. If they sit on their high horses, they’ll be kicked out of the country and probably from the biggest market they can imagine. Already that the world is avoiding Chinese products, it could add salt to their wounds and affect the credibility of brands. However, this is a big opportunity for local players. They should have to be ready to fill those huge shoes,” said Sathya Pramod, CEO of Kayess Square Consulting Private Limited.

There is no doubt that brand credibility is one of the key factors for business success. Santosh Pai, Cross-Border Lawyer and Partner at Link Legal and Honorary Fellow of the Institute of China Studies, is certain that the brand credibility of Chinese brands in India will suffer, but the biggest impact will be on viability. of their business model in India. . “It will be interesting to observe whether the business of Chinese brands remains viable even after absorbing the tax penalties. This could encourage them to further localize their supply. This will reduce their imports from China, which in turn will reduce our bilateral trade deficit. If their business in India remains viable, they will take steps to repair the reputational damage done to their brand,” Pai added.

Connected economy: Amazon will add 4,000 jobs in the UK